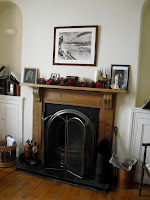 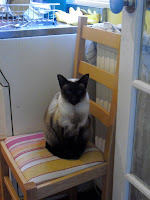 It was the last chance to teach at Dolgelle and then later I visited Geraint and Sam in Cei Newydd.  It was great to see them again.  They were busy decorating the tree.
Sam returned a x-mas card that had addressed her with the wrong last name.  She sent it back saying "Deceased".  I thought that was absolutely brilliant and so funny... and that so exactly and succinctly describes my entire family!!

I sent out some x-mas cards and all that.  More than I usually do anyway.  I had a great session with Sille, Harriet, Elsa and Gwilym before leaving.  It was a mighty sound!... as Sille might have said.  No really, it was an over the top incredible session.  A friend of Harriet's was also there, Polly, who played the Irish fiddle.  I think she learned in Donegal.

For some reason, they were all looking at me to get things moving.  So what I tried to do was alternate between a Welsh tune and then an Irish one.  I admit, I took the Welsh tunes up a notch in order to show off a little to the Irish contingent.  Once Gwil showed up though (Elsa valiantly drove to his house to drag him over) we pretty much stuck to the Welsh tunes.  I was over the moon that they were all there.  Sille showed some dancing steps, I think to a mazurka we played... she was showing how the Welsh tunes still related to the dancing... she's so incredibly passionate about it all!  Harriet was picking up tunes with her usual ease.  Great ears and crazy good technique.  And of course, Gwil and Elsa were their usual understated, fantastic and beautiful selves.

Honestly, the sound was huge!  Four fiddles and two harps.  We played until early morning.  Poor Gwil probably only got in a couple hours of sleep.  And, though I'm not sure, I think Harriet and Polly actually enjoyed all the Welsh tune-age. 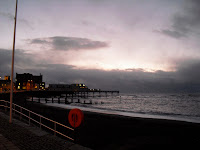 It was the perfect way to part.  And I must say, I was very sad to be leaving my new friends, my new music and my ocean.

Of course it snowed terribly on Thursday evening so I couldn't get a ride to London with Elsa.  The trains were horribly packed but I managed somehow to squeeze the 70lb harp with case into the train and around all the train stations.  The driver up and quit at Shrewsbury so I had to switch trains.  And by the time we made it to Birmingham there were no more trains running.  The train company paid for three of us to take a cab into Reading.  A four hour journey, turned into an eight hour marathon.

The flight from Heathrow was delayed due to a couple of inches of snow... and then eventually cancelled.  I ended up staying for six nights in London.  So not cool.  The very first night, none of the airport staff were really working.  I suppose they expected the snow to just magically disappear from the runway.  After the first couple of nights there I couldn't take it any longer (I'm not as young as I once was) and found a cheap hotel to crash in.  *(I wrote about this more in my Welsh language blog so check it out!)


I knew it was going to be a bad trip.  I had this feeling and I just knew.  But to be honest, I was thinking it would end a lot worse than it actually did.


I actually made it into Canada on the 24th and was able to play this harp gig for midnight mass.  Of course, we had a nice little x-mas with the parents and my sister Kathryn.  We were able to see my girl Elissa once after boxing day, so that was nice.  She's really grown!

However, after dropping Kathryn off at the airport, we hit a deer and the car went on fire.  Yeah, you heard me right!  The car was on fire!!  Couldn't find the deer either.  Three fire trucks showed up to put out the blaze and looks like the car is a total write off.

I saw some friends, (a few of them were actually happy to see me), saw my family which was great (and some cousins I hadn't seen in years, which was extremely nice), spoke Welsh with my dad, I was able to visit with Amber which was fantastic and at the same time quite difficult, I got to play trombone with Audrey (who's a freakin' amazing trombone player), practiced and visited with my good friend Don, had lunch with Pat and Russ, tea with Ken and Jen, played chess with Mark, read Batman to Liam, Troy and I finally won after all these years and I had a jazz gig with Dave.  Even got to skank one last time.  Actually, I played a crazy amount of gigs which will keep me going financially for a while.  I was also lucky enough to play harp at a production of "Under Milkwood", sponsored by the Calgary Welsh Society.  I really enjoyed that... directed by my new friend Michelle.  Great production!

I even played a solo harp show.  I think it went pretty well.  A very nice bunch of people turned up to hang out and watch me play.  I may have told too many stories but I was eager to share some of my experiences in Wales.  I played some harp, sang some tunes in Welsh... yeah, not a bad concert, all things considered.

The weather was brutal cold and the snow was ridiculous.  But that's the Great White North.

But, more about Canada later... 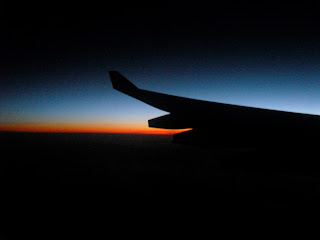